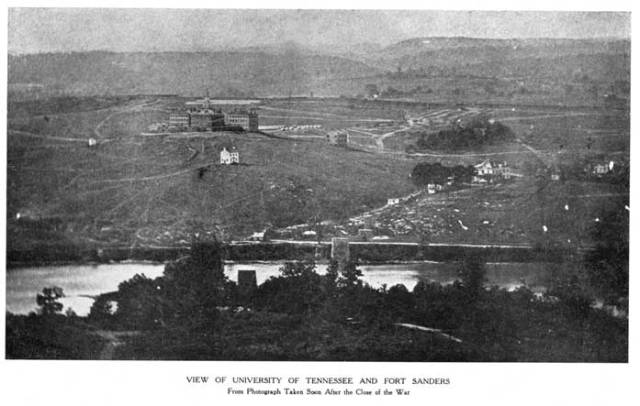 Curious caption, since I can’t figure out where Fort Sanders is, and this only a year or so after the battle. Given that the river would be more or less on the east side of Knoxville, I think the fort would be off to the left, out of the frame of the picture altogether. What do you think?