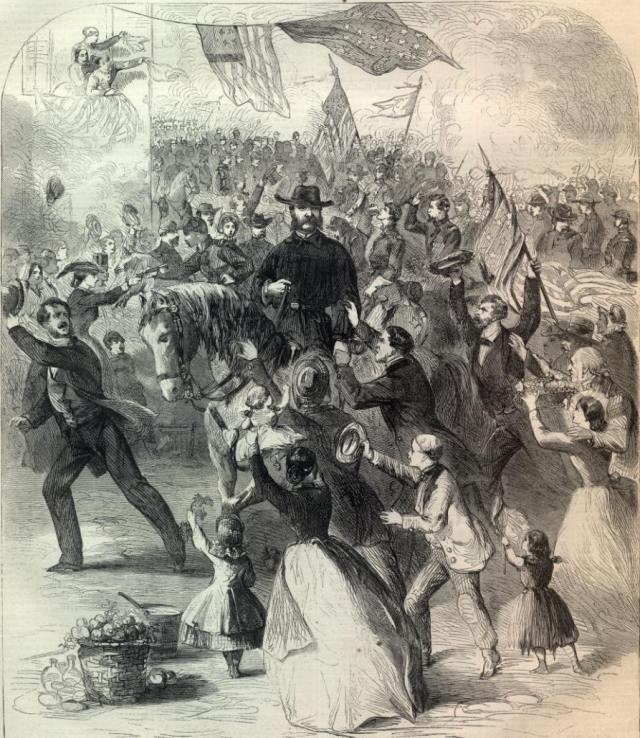 A lithographic notion of Gen. Ambrose Burnside’s and his army’s welcome by the Unionists of Knoxville whose Stars & Stripes flags finally could be brought out from under their parlor carpets. While the town’s Confederates had to hide theirs under the carpets where, despite General James Longstreet’s efforts detailed in the novel, they would remain until the end of the war.