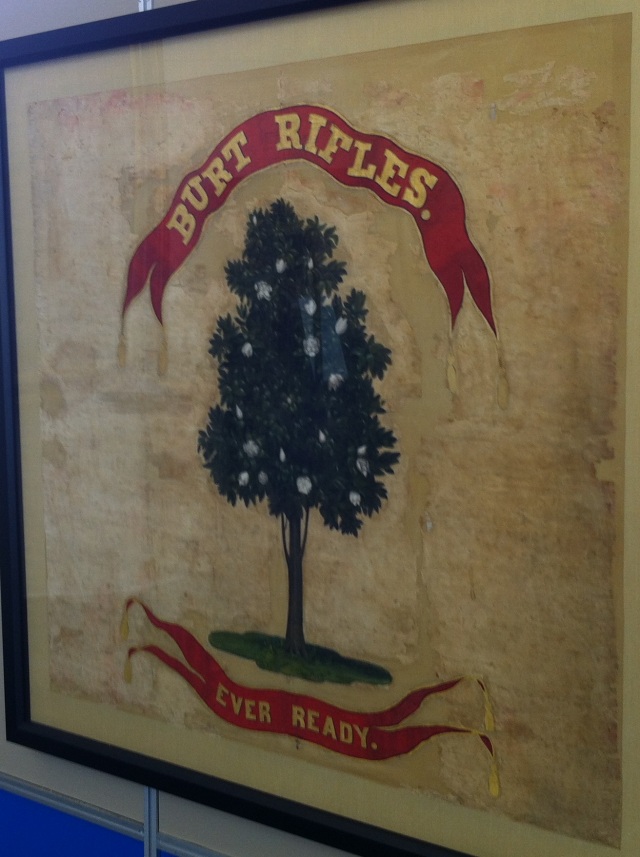 Although Rebel companies gained letter names early in the war when they stopped being militia units and became part of a regiment, many still carried their old militia flags.

Hence this silk one of the Burt Rifles, Company K, of the 18th Mississippi, presented to them by “the ladies of Jackson” before they went to war in 1861.

Most of the Rifles were from Hinds County, which includes Jackson, the state capital. Erasamus Burt, the pre-war State Auditor, was their original captain. He was later elected colonel of the regiment. He was killed at Leesburg.

The 18th’s sharpshooters drove in the Yankee pickets the night before the dawn attack on Fort Sanders.

Via Mississippians In The Confederate Army.