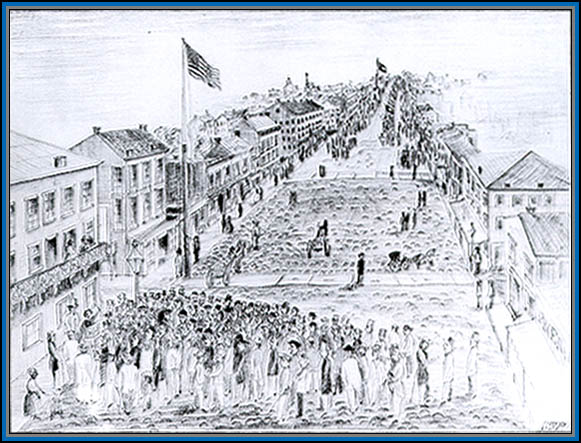 Civil War recruiting in Knoxville in 1861 was reasonably amicable, far less acrimonious than it would become.

The men in the foreground are being recruited for the Union army under the Stars-n-Stripes on Gay Street. The men in the rear are joining the Confederate army under what appears to be the Bonnie Blue Flag with its single star. Or maybe the First National.

The novel’s Parthenia Leila Ellis would see the early tolerance soon degenerate into the burnings of the local railroad bridges by Union zealots chafing under Rebel rule.