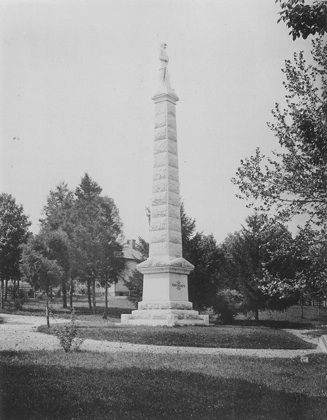 The Confederate monument at Knoxville’s Bethel Cemetery which holds the remains of about 1,600 Rebel soldiers, “including several hundred soldiers who were killed in the battle of Fort Sanders.”

This month, an 1886 cemetery caretaker’s house was transformed into the new Bethel Cemetery Museum. The cemetery is open by appointment by calling the Mabry-Hazen House at 522-8661. A listing of the identified dead, in pdf form, is here (bottom of page).