Tennessee In The Civil War 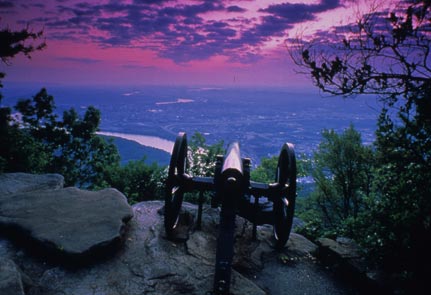 Chattanooga from above, a good bit larger than it would have appeared to the Boy Battery’s gun crews from Lookout Mountain in 1863. Photo via the state’s new Civil War Sesquicentennial web site. Take a look. Despite its reluctance to secede, Tennessee was second only to Virginia in the number of battles and skirmishes fought across its varying terrain.